Our pharmacy - our history

Our pharmacy - our history - sonnen-apotheke I Emmerich am Rhein

"The oldest known information about the practice of the pharmacy profession in Emmerich is found in an entry in the citizens' book of the old Rhine and Hanseatic city from the year 1494, where a master pharmacist, Albert van Mewick, acquired citizenship. The number of inhabitants in Emmerich at that time is not known exactly, but from certain circumstances we may conclude that it was around 1,600. Other records mention: Joh. Peterle, a Kruitkremer in 1579, Joh. Nikolaus Stuhlman in 1748 (who held a licence from the Berlin College of Medicine), Friedrich Stuhlmann (presumably a son of the previous one), Joh. Rys, a licensed pharmacist who had learned from his father in Amsterdam and had already worked in Rees and Nymegen. In 1750 Wilhelm van Zutphen succeeded J.N. Stuhlman.

It is not known which pharmacies these were or where they were located. In the anals of the town of Emmerich, Dedrich says that at the time of Frederick the Great, there were four pharmacies here, as is also evident from documents about a dissitation that took place on 19 Oct. 1771 and was initiated by the Oberkollegium Medicum. There were the Gimborn, the Schmidt, the Ritter and one belonging to the widow Schurman. The older of these is the Adlerapotheke, which was the Löwenapotheke cannot be determined. From the reports of the disputes, one will conclude that it was the Ritter pharmacy.

According to these reports, the Gimborn pharmacy was found to be in good condition and, so that it would also remain in good condition in the future, the owner, Matthias Julianus von Gimborn, was given the assurance that in the event of a reduction in the number of superfluous pharmacies in the future, his pharmacy would be retained after his death. Schmidt's pharmacy did not have large, but sufficient stocks. Ritter's was also in very good condition, which is why its owner was also promised its continued existence. In contrast, Schurmann's was found to be in poor condition and the widow Schurmann was ordered to repair her pharmacy within two months under penalty of punishment. The Hofrath Jäschke, who carried out the dissitation, liquidated 16 Taler and 6 Groschen per pharmacy, of which each pharmacist had to pay half and send it within four weeks to the council and client of the Oberkollegium Dr. Mochsen. For von Gimborn, the amount was reduced to 4 Taler in consideration of his strong family. The chancery and stamp duty amounted to one thaler three groschen, but for Schmidt and the "Schurmannin" one thaler four groschen six pfennigs, perhaps because there had been more to reprimand.

In the following period, the number of pharmacies in Emmerich decreased, first to three, then to two, as it had been in 1822 and earlier. The remaining ones were the Löwen Apotheke and the Adler Apotheke.

But let's return to the series of inhabitants referred to as apothecaries in the old books. First of all, we come to a name that is still familiar in Emmerich today: von Gimborn. The first person of this name to own a pharmacy in Emmerich was Matthias Julianus v. Gimborn, born in Zevenaar in Holland in 1721 as the son of a Dr. Von Gimborn. This was the Adlerapotheke, which is said to have originated in 1721 and was always located in Steinstraße, as it still is today. His other successors were his son Johann Reiner, born in 1769, his son Theodor Caspar, born in 1801, his son and great-grandson Heinrich. The pharmacy then passed to Wilhelm Disselmann from Münster and in 1909 it was taken over by his son Paul, whose widow is now (1939) the owner.

With the men who then practised the pharmacy profession in the previous century, we also learn a little more about the Löwenapotheke, as the records now become somewhat more numerous and detailed. We may mention Det. Joh. Spicker, pharmacist, born 1768, Carl Sieper, pharmacist, born 1795, Caspar Remink Smith, pharmacist and chocolate manufacturer, born 1802. Approved in June 1827, he received a licence in September to continue the pharmacy he had bought from Spicker and was sworn in. Smith paid Spicker, who had been in Emerich since 1803, 6000 guilders for the house and garden, as well as an annual life pension of 420 talers. Incidentally, Spicker had been a member of the municipal council. The Löwenapotheke was not yet in the Gasthausstraße at that time. We read nothing more precise about the time of its establishment, but Mayor Westermann states in an overview to the District Administrator that it existed for about 40 years (1835), while the Adlerapotheke was over 100 years old and owned by the von Gimborn family. According to this, the Löwenapotheke was probably founded around 1795. Like the Adlerapotheke, it was also located in Steinstraße. As the mayor reported to the government in October 1827, Smith also ran a tavern, which was, however, separate from the pharmacy and the laboratory and generally permitted under the regulations applicable to such cases.

In November 1830, the two pharmacists Smith and von Gimborn applied for economic reasons to unite their offices under joint administration by the latter. A joint laboratory had been maintained for a long time. They found the intercession of Mayor Westermann with the proviso to separate again when the population reached 10,000.  The current population was 5,200. The union was approved on 9 June 1831 and carried out on 1 July 1831. The new company still had two assistants. Smith was more concerned with his tavern business.

Von Gimborn ran a materials business on the side, apparently in the same shop, which was officially prohibited. In practice, there were now two pharmacies under his management, a state of affairs that gave rise to many complaints, including from the two doctors Rock and van Eynden. Therefore, the government felt compelled to carry out an audit. The result was quite favourable. The attempt by a foreigner to open another

The attempt by a foreigner to open another pharmacy did not meet with the approval of the authorities. In fact, as early as September 1832, the head of state suggested to the district administrator of Bernuth that the two pharmacies be separated at a later date. When the same was requested after a few years, it was granted in 1838 on 1 May 1940. While the Adlerapotheke remained in its previous location, the Löwenapotheke moved to Gasthausstraße (old house number 529), where it has remained until today (1939), i.e. for about 99 years. Smith was succeeded as the owner of the Löwenapotheke by Heinrich Müller, who sold the pharmacy to Rauch in 1861. From Rauch it was sold in 1866 to Hermann van Gelder, from whom Gottfried Blümlein bought it in August 1886. Blümlein had enjoyed his education in Gelder, Düsseldorf, Hamburg, Krefeld and in the Fresenius laboratory in Wiesbaden. He also studied at the University of Freiburg and passed the state examination in 1885, after which he worked in Switzerland, Burgsteinfurt and Gerresheim. Blümlein also ran a company of chemical-pharmaceutical preparations, the management of which he handed over to his son Wilhelm in 1917. During his ownership, he trained 17 trainees and also held numerous honorary offices in the community. On 17 April 1937, he handed over the Löwenapotheke, which he had acquired and expanded and to which he dedicated 51 years of his life, to his son Ludwig. It is now in the second generation of the family."

After Mr Ludwig Blümlein had managed the Löwenapotheke, already so rich in tradition, for over 35 years and saved its existence through the Second World War, he handed over his family business to the pharmacist Sigrid Blümlein, the wife of his son Klaus Blümlein. Sigrid Blümlein studied at the University of Bonn, where she passed her state examination in 1966. In 1972, the Löwenapotheke was placed in her hands. Klaus Blümlein, also a pharmacist, studied at the University of Würzburg and passed his state examination in 1961. He also decided to stand on his own two feet and opened the Sonnen-Apotheke am Kleinen Löwen on 13 August 1963. At that time, there were four pharmacies in Emmerich. The children of the Blümlein family were also no strangers to science. Daughter Corinna Blümlein obtained her licence to practise as a pharmacist in 1997, son Ingo Blümlein in 1999. Both studied at the Free University of Berlin, Corinna Blümlein could not escape the spell of this city and worked temporarily at the Reineckapotheke in the Berlin-Steglitz district. Economic reasons forced Mrs Sigrid Blümlein to close the Löwenapotheke, which had existed for over 150 years. After 37 years of running the Sonnen-Apotheke under the management of pharmacist Klaus, the business is now being handed over to the fourth generation of pharmacists in the Blümlein family. Ingo Blümlein takes over the Sonnenapotheke on 2 January 2001 and is on his way into the 4th generation.

I took over the pharmacy on 2 January 2001. It was a lot of fun to face the challenges of modern pharmacy business, with all the ups and downs and all the work.
It was in the winter of 2013/2014 when I had conversations about the future of pharmacies during my daughter's swimming lessons. We discussed a lot about entering the mail-order business and I came to the decision to try to enter the mail-order business. We founded the platform www.arzneiprivat.de as the online shop of the Sonnen-Apotheke. As time went by, it became apparent that not only customers from Germany, but also customers from the Netherlands, Poland and Romania placed online orders with us, so the shop was eventually translated into other languages. Arzneiprivat delivers German medicines to Poland, Romania, Spain, Italy and the Netherlands as well as all other EU countries.

The Sonnen-Apotheke as a local pharmacy in Emmerich has now grown with the online shop arneiprivat and 18 employees from Emmerich are looking forward to meeting you.

Medicines from Germany for the whole family - to all over in EU
We deliver German medicines at favourable prices directly to your home. Quick and easy with DHL, DHL Express or by post NL - arzneiprivat I med4eu

The pharmacy Arzneiprivat in Emmerich is part of the Sonnen-Apotheke and consists of a team of 22 employees, who personally take care of the delivery of your order in order to get the highest possible benefit for you. We know most of our customers personally from telephone conversations, and special questions are answered personally by the pharmacy manager. With our trained specialist staff such as a pharmacist for naturopathy and homeopathy and our beautician Linda Oimann, we stand for natural remedies and natural cosmetics from Dr. Hauschka at a good price and suitable advice. If you have any questions or requests, we will be happy to provide you with information and further tips to stimulate your self-healing powers. We offer a wide range of medicines from all leading manufacturers such as DHU, Kattwiga, Spenglersan, Pascoe, Heel, Hevert Wala and of course Weleda. We also offer products from Combustin with changing offers in addition to the favourable permanent price.
Popular products are Hoggar Night sleeping tablets and Sab Simplex drops for flatulence and cramps for your baby.Prescription medicines can also be ordered from us with a valid prescription, such as Ozempic.
Just have a look in our brand shop or directly in the Speedfinder for the medicine of your choice. And if you don't find what you are looking for - please call us, we will be happy to help you.
Our Romanian employee Doina, our Polish employees Malgorzata & Katarzyna and our Dutch employee Kelly are also happy to help across language barriers... read more 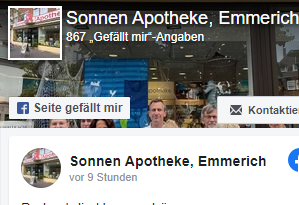 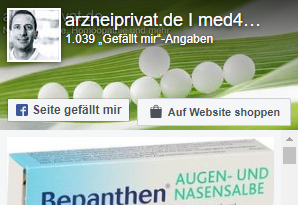